It’s not what you have, it’s what happened to you. It is not a defect, it is a story. It is not a defect, it is an event. Casa Verde is a project that fights to change the model of care for mothers and fathers with mental health problems. It is based on listening, supporting without judgment or paternalism, respecting rights. “It can be said that it is a unique resource in Spain . It transcends the purely medical and sanitary aspects ”, affirms Miguel Castejón, psychologist of 64 years and Director of Projects of the Fundación Manantial, the association dedicated to people with mental disorders on which it depends. Located in Vallecas (Madrid), the center offers counseling and psychological therapy, and lays the foundations for healthy filial relationships . The purpose is to provide the parents with tools so that they can carry out parenting with guarantees.

Casa Verde has something of a school. Its bright rooms are full of books, paintings, pictures, tables and toys. Since its opening in 2011, it has been more of 160 families from the Madrid districts of Villa de Vallecas and Puente de Vallecas. Although there is no pattern, in general, women with children up to five years old attend. “We find mothers who are very lonely and have little social support . With specialized help, their confidence to raise children grows and the bond with their children is strengthened ”, explains Sara Molina, from 36 years, occupational therapist and member of the multidisciplinary team of the resource.

The center is accessed for free. Patients are referred from the public mental health network and must have a medical diagnosis of mental problems, such as schizophrenia, bipolarity, obsessive compulsive disorder or anxiety. Casa Verde operates from Monday to Friday and has a telephone 24 hours of service. The therapy, which is articulated in specific appointments of 45 minutes, it is coordinated with the schools so that missing class is not a problem for the child.

Silvia García is one of the best ambassadors of Casa Verde. Mother of 47 years , mental health activist and reading mediator in the center, living since 20 with a bipolar disorder that has not prevented him from caring for and educating his two daughters . He testifies forcefully and clearly explains the situation of mental care in Spain. “When you break your leg you go to the orthopedist. But when you have a mental problem there are no such immediate or effective treatments , which leads to dangerous abandonment ”, he denounces.

In his case , the circle was closed: García, after a continuous work with his psychoanalyst, enjoys what he describes as “a perfectly normal motherhood” . At present he collaborates profusely with Casa Verde, a center that he came to know as a result of his involvement in other activities of the Manantial Foundation and that entered his eyes first. He meets many of the mothers who use the resource and gives talks, lectures and supports anyone who requests it. But he argues time and again that mental health disorders do not come standard nor are they notches in genetics. It is his main workhorse and the reason he wields about the stagnation of public attention and the success of models like Casa Verde. “It is a wound that has to do with helplessness and hostility. Most people with mental health problems have difficult lives , have suffered neglect or abuse. Not that you get struck by lightning. And if that’s not addressed, it can be devastating, ”he continues.

This epiphany is not the rule. The stigma is still great. Carlos Rodríguez, from 39 years old and a social worker at the center, he says that mothers who have heard of them often call on the phone. They ask shyly, they want to know, they grope. “Mental illness is hard to accept. Many women assimilate it when they see that it begins to affect the child. It is a delicate issue and motherhood should never be questioned , and much less if the reason is a vital injury ”, she explains. To dissolve these prejudices, and for mothers to acquire new capacities and autonomy, in essence a greater freedom , Casa Verde promotes parenting skills, offers job guidance, facilitates the search for resources social and economic and opens conflict resolution programs in the family nucleus.

If Casa Verde’s work has made you think, you want to know it in depth or participate

Garcia is often told who does not appear to have a diagnosis of mental problems. She replies that it is not something that is written on her face. But it affects that has never been in a psychiatric hospital and not medicated . “If it had been like that, another rooster would sing”, he ironizes. Through psychotherapy he has verbalized his experiences. “I learned why I am here, what has happened to me. I am not against medication, but I am critical of how it is applied in the long term, that is devastating ”, she maintains.

According to a study by the Manantial Foundation with the Complutense University of Madrid, the 43% of fathers and mothers of the Community of Madrid with some mental disorder lost the guardianship of their children . Castejón denounces that the current public mental care network sometimes chronifies and forgets its patients. “There are chilling data. The people who recover the most are those who have been the most rebellious with the system , those who have gone through the hoop the least ”, he warns. However, the psychologist distinguishes between psychosocial care and mental health care. “The first works well. The problem is that not all people access this network and many do so with long medical treatments in tow, ”he argues.

The Casa Verde team is documenting the effectiveness of their method. According to their records, of the 160 people who have been in the center, only one has lost guardianship . Now they produce a new report that guarantees that children evolve adequately in motor, cognitive or social areas despite the mental health problems of their parents. We work with minors through play , a subtle mechanism for problems to emerge and express concerns. Hence the friendly and colorful air of the center, which stands as “a welcoming and safe place, a reference for children”, defines the therapist Sara Molina.

“Apart from saving money damage, there is also an economic saving in treatments and medication. All the directors have passed through here and everyone has liked what we do. But there is still a long way to go “, explains Castejón, who will retire next year and admits, with some reservation, glimpse the progress :” There are more and more people, like her own Silvia, who accelerate change by sharing and talking about their experiences. ”

Radio Nikosia, teachers in mental health by own experience

Argentine Martín Correa-Urquiza is one of the hundreds of admirers of the emblematic Radio Colifata, a space born from a mental health care center to give voice to inmates, the so-called ‘coliphates’. Correa-Urquiza imported the idea and, together with some friends, founded in Barcelona Radio Nikosia, a free and reflective station whose hosts are people with experiences of mental suffering who seek to overturn the conception of madness and combat the stigma that weighs on these disorders . “We have to question that idea of ​​normality. What is normal? ”, Affirms the Argentine. With the passage of time, Nikosia is no longer just waves and has transcended its original mission: today it goes out into the streets, promotes artistic activities, participates in musical workshops and gastronomy courses and is a social and cultural hub within the city of Barcelona.

His story is part of I Think, Then I Act, the social platform of Yoigo who gives a voice to people who are changing the world for the better and who has collaborated in the dissemination of their work. If you want to listen to it, click on the following podcast.

The mental change involved in having a child

One of every four people suffers or will suffer from some type of mental health problem throughout their lives, according to the Spanish Mental Health Confederation. “There is no need to speak of madness. You have to talk about people with mental health problems. We all have them, some more serious and others less ”, Silvia García takes up. Precisely a more extensive and deep accompaniment by the public system during maternity, with psychological and supportive therapies, is another of the claims of Casa Verde, which inherits its name from the Maison Verte , a center founded by the French psychoanalyst Françoise Dolto who helped parents when their children went to school and felt that they were broke the bond. “It would be good if there were Green Houses for any parent ”, says the expert. “We would have to multiply the resources of this type.”

“If we accompanied parents more during maternity we would have fewer people with serious mental health disorders. Once you suffer it, you cannot go backwards, only forward, and this has a monetary and suffering cost ”Garcia denounces. The arrival of a child can alter the dynamics of any family. There are frequent episodes of detachment and rejection, among others, but also of anxiety, apathy or sadness. A phenomenon that explains the proliferation in recent years of groups of shared motherhood, of parenting associations, of chats of new parents. “And this is multiplied by trauma. We must open the possibility of telling it in order to be in a healthy way with our children ”, he adds.

Silvia García ventures that perhaps that way we will be more aware of all those inadvertent things that happen within a family, with mental health problems or not, when a child is born. Also of what mental discomfort means and what is its origin . “If it turns out that the next pandemic will be in mental health, it will happen because the cause is not biological but social. We must be much closer to mothers ”, he ends.

‘I THINK, THEN I ACT’ ALSO LISTEN

Discover through the voices of its protagonists many other stories of people who thought and then acted. Click here to know them. 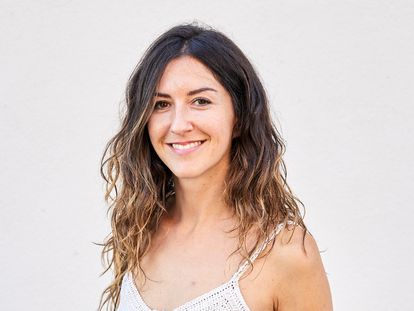 Electric scooters cannot be driven on sidewalks or pedestrian areas

Cars that talk to the city they drive through